Skip to content
davidmassengill.com is a participant in the Amazon affiliate program, we may earn a small commission from the qualifying purchases of our recommended product links. Learn more.

Impedance is one of the most confusing things when it comes to audio quality and sound equipment. Even when frequency range, sensitivity, power handling, and other factors are difficult to understand – nothing beats impedance in terms of complexity.

It’s so confusing that people sometimes don’t even know what type of impedance is better for them. A common question like “what hits harder 1 ohm or 4 ohm?” always arises when buying new equipment.

And it’s obvious why – impedance is not easy to understand at all.

That’s why we decided to write about it and explain how impedance works and what you can get from different measurements like these.

But we prepared an easy-to-understand guide that may get rid of your confusion more easily.

So, care to find out what we’ve prepared for you? Then keep scrolling!

What is the impedance?

The most important question – what does really impedance refer to? In short words, you could say it measures the resistance of an electric circuit.

That means the electricity a subwoofer or speaker creates when it receives an electrical signal from another component (e.g., an amplifier).

This load or electrical resistance is measured in Ohms. These Ohms are symbolized with a Greek letter, Omega (Ω).

This measurement tells you how much electric load the equipment creates when receiving electricity from an amplifier or receiver.

That’s why it is essential to pick a sub or speaker with the right impedance measurement that fits with the output component.

Most speakers come with impedance measurements going from 1 Ohm to 8 Ohms, passing through, 2 Ohms, 4 Ohms, and 6 Ohms.

The exciting thing about Ohms is that they add up in reverse (if you add two speakers at 8 Ohms each, you end up with 4 Ohms of resistance instead of 16 Ohms).

If you want to hook up two 8 Ohms speakers with an 8 Ohms amplifier, you may not be able to do so. Why?

Because the combination of the speakers would give 4 Ohms, which is lower than what the amplifier at 8 Ohms can work with (this could cause the speakers to heat up and turn off automatically).

We know this is still confusing. To make it easier for you, you may take a look at this YouTube video instead. Make sure not to keep going until you understand this decently enough.

Why is speaker impedance important?

Once you’ve understood what impedance means, it is time to know why it is crucial.

The first thing we need to explain for that is that the impedance measurement of a speaker is actually an average of the lower resistance it offers.

This impedance is always changing. So even if most subwoofers come with about 4 Ohms of impedance, it will probably work with more than that.

Yet, the 4 Ohms are the average of the lowest it can take. So if the speaker is forced to work at less than that average consistently, it is likely to overheat.

But why does the impedance change so much? Well, there are two main reasons:

This is the frequency at which the speaker won’t be able to create any sound anymore. When the input from an amplifier is too low for the resistance of the speaker, it gets into resonant frequency.

Here, the impedance of the speaker will go up exponentially to meet the input of electricity from the amp. This could cause the speaker to overheat if it happens too often.

Similar to the resonant frequency, the inductance refers to when the voice coil inductors have to work at higher frequencies.

When this happens, the impedance also increases to produce the sound according to the frequency at hand.

What does this have to do with the importance of impedance? Well, it means that impedance is not necessarily a fixed measurement, as it will always change.

So you need to pair it up well with the right amplifier if you want your speakers to work properly.

How does impedance affect the sound?

While most speakers come with an impedance rating, you may want to know how it changes depending on the different equipment you use.

Let’s start by saying that impedance changes in reverse. The more Ohms the speaker offers, the more resistance it offers.

So you’ll want to look for low impedance if you want higher power and better sound (typically – more on this later).

But if you choose a 2 Ohms speaker, then you won’t play the 200 watts RMS but 400 watts RMS instead.

This happens because of the impedance of the speaker (at 2 Ohms) is half the resistance of the amp (4 Ohms). So it allows the speaker to produce twice as much sound.

In short, you could say that the lower the impedance, the more current that goes through the system, so the higher the load it will get, and thus the higher the power it will reproduce.

So a speaker with low impedance produces a higher current that translates into louder sound than one with high impedance.

This explanatory video will give you a clearer idea of how impedance affects sound:

Should I Go for Lower Impedance Then?

While a low impedance would be ideal, you don’t necessarily need to go for the lowest one.

There are two reasons for that.

One would be because not all amplifiers and speakers work at low impedance. In fact, most amplifiers work better with 4 and 8 Ohm speakers. So if you go lower than that, you may not get a stable performance.

And the second reason is that pairing up speakers with low impedance with an amplifier with high impedance will either blow its fuse or make it shut off.

Because the amp can’t push more energy than it can produce, then it will overheat by trying to exert too much power (when it can’t).

So what should go for? Easy, you should pick a speaker that works well with most amplifiers. And that means 4 Ohms or more accordingly – unless you want to play with series and parallel wiring.

The wiring is how the speakers or subwoofers are paired together. That means you can connect two subwoofers of low impedance (e.g., 4 ohms) together.

This will either lower or increase their impedance depending on how you pair them up. Here’s how the two modes of wiring differ:

When paired up in series, the subwoofers or speakers are connected one after the other, where the current passes through one piece and then the second one.

This type of wiring increases its impedance. So if the speakers have 2 Ohms of impedance separately, in series wiring the impedance would go up to 4 Ohms.

When wired in parallel, the speakers or subs are not ones after the other, but instead, work as if they were just one.

Here’s a useful video that does a pretty good job of explaining series and parallel wiring:

What is 1 Ohm of Impedance?

Now that you have a better idea of how wiring affects impedance let’s go directly into explaining what 1 Ohm impedance means.

To achieve this impedance, you will need to pair up two or more speakers/subs of low impedance together. But sure enough, you’ll have to pair them up using parallel wiring.

This could help the speakers reach the low number of 1 Ohm. But before you do that, it is vital to know whether the amplifier can handle such impedance levels.

If you can hook the amp with a 1 Ohm system, you will probably get a decent performance from the speakers/subs.

This will obviously push the amp to use more power, so you’re likely to get a more in-depth and louder sound from the system.

But 1 Ohm systems are somewhat unstable. This happens because they perform at the minimum resistance level, which often puts the amplifiers into stress.

Because there’s not much resistance to work with, the impedance of the speakers/subs will suck away more energy from the amp.

And if they amp can’t handle it – there’s a high chance it will overheat, blow, or simply shut off to prevent further damage.

So while you get louder and deeper bass, even with the right configuration, the system will work hot and unstable.

Apart from that, 1 Ohm systems are more difficult to setup. Amplifiers and speakers only reach this impedance levels if you have many of them connected together, or if you buy low-impedance components that are often expensive.

What is 4 Ohm of Impedance?

A 4 Ohm rating in a subwoofer or speaker is the most popular rating you will find. You can achieve this rating with a single component or by pairing two 2 Ohm-impedance pieces in series wiring.

It’s vital to remember that being more popular, an impedance of 4 Ohms is highly compatible with most amps. So you will probably have no issue pairing a 4 Ohm component with the right equipment.

As for sound quality and loudness, you will be surprised. The sound is actually a lot clearer and more stable.

You could say that the sound is light at 4 Ohms. But this ensures a quality performance without going too high or too low. A quality set of speakers/subs can get the most out of this configuration.

You won’t get the same loudness, and bass depth as with a 1 Ohm set of speakers, but it will still manage to perform decently well in most situations. And the amp won’t be put into much strain.

So, after learning more about both 1 Ohm and 4 Ohm systems – what truly hits harder? If you want maximum bass depth and loudness, what should you go for?

In that case, the apparent reason would be a 1 Ohm system. Sure, it is more unstable, expensive, and difficult to install – but the extra power and instability come with the benefit of extra sound.

The sound won’t be neatest, of course. But the audio will be more than decent for most situations. Sadly, you will probably face shut-offs and overheating (especially if you don’t install the proper equipment).

That’s why we still recommend a 4 Ohm system as the most stable and clear-sounding of the two. While you won’t receive the same volume capacity and bass delivery, it is still a way better option overall.

For a better explanation of how they differ and how you can set them up – here’s a brief yet useful video:

So, what are you trying to accomplish? If you were looking for the answer to “what hits harder 1 ohm or 4 ohm?” – then you’re probably somewhat confused as to what each impedance level offers.

We hope this article helped you out. We know this is not an easy subject to master, but as long as you follow our advice and the info on this guide – you will learn exactly what you need.

Sure enough, the one that hits harder is the 1 Ohm impedance system. But is it really worth it? Consider that before making your final choice and you won’t regret it. 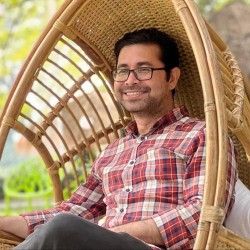 Hi, I am Sadekul Islam, music enthusiastic. Music is my language & the lyrics are my stories.